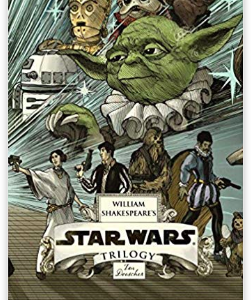 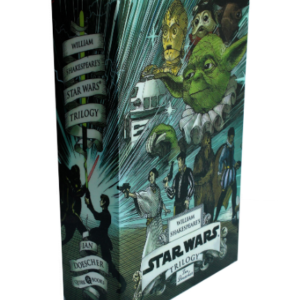 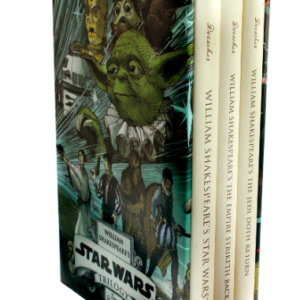 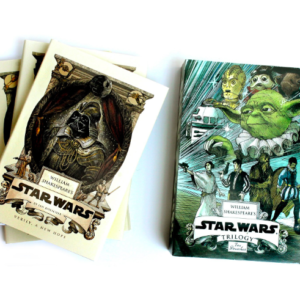 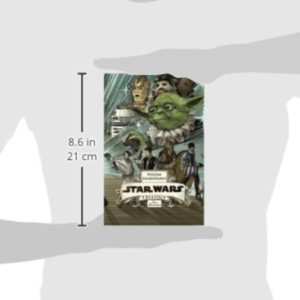 The Force shall beest with thee.

Experience the Star Wars saga reimagined as a Shakespeare drama. It comes complete with authentic meter and verse, plus theatrical monologues and dialogues.

Verily, A New Hope; The Empire Striketh Back; and The Jedi Doth Return.

Plus,  you get a free 8-by-34-inch full-color poster! This gift will entertain and impress fans of Star Wars and Shakespeare alike! Every scene and character from the film appears in the play.  Finally, the book features woodcut-style illustrations. Enjoy this Elizabethan version of the Star Wars galaxy!

“A great gift for every geek you know, no matter what their passion.”—Huffington Post

“The book is so brilliant you’ll wonder why someone didn’t think of it sooner.”—Paste Magazine

“At last, the mother of all mashups is upon us.”—CNET.com

“William Shakespeare’s Star Wars is Exactly What You Need For Your Next Geeky Houseparty.”—Tor.com 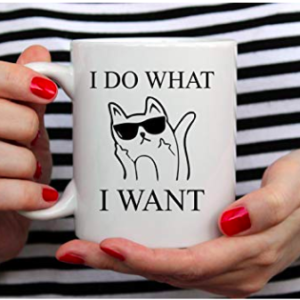 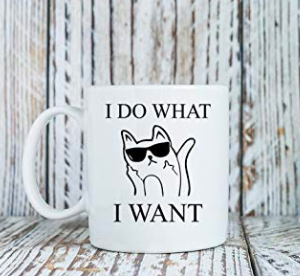 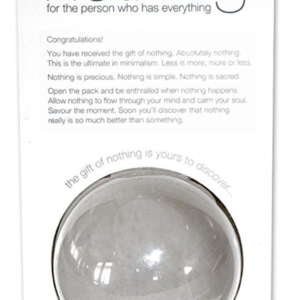 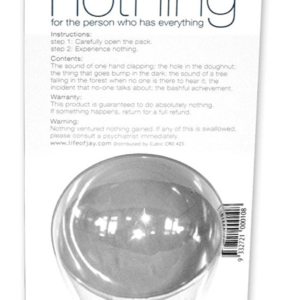 Give nothing, For the person who has everything.

You get what you deserve 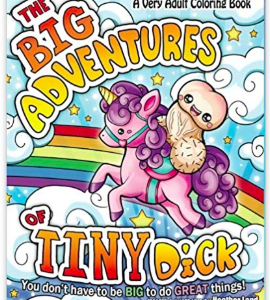 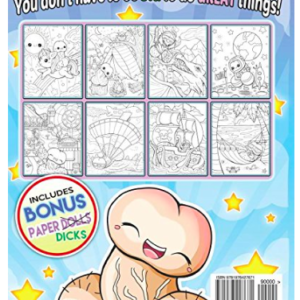 Introducing the cutest penis coloring book on the planet! 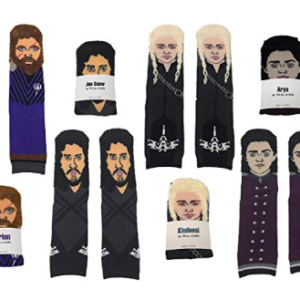 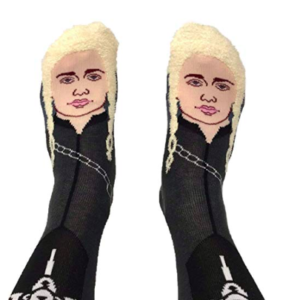 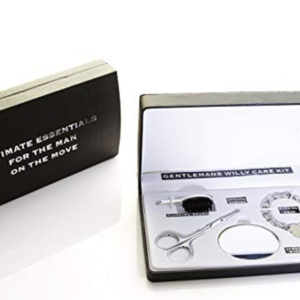 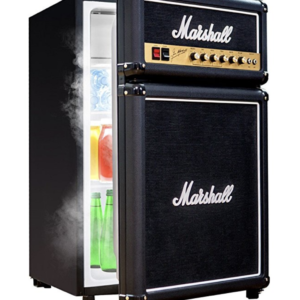 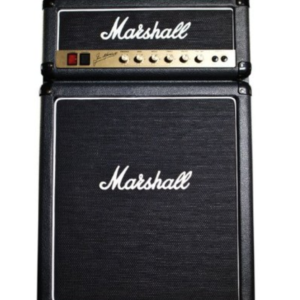 Always thought about music and beers at the same time? 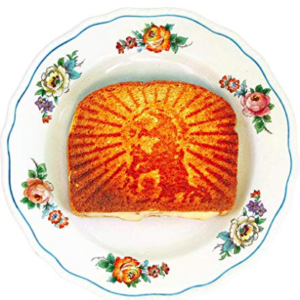 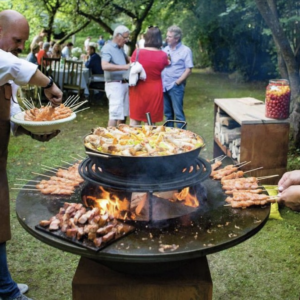 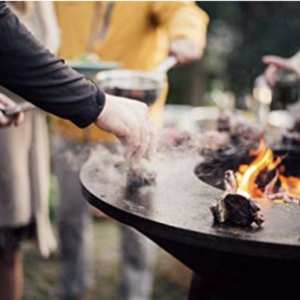